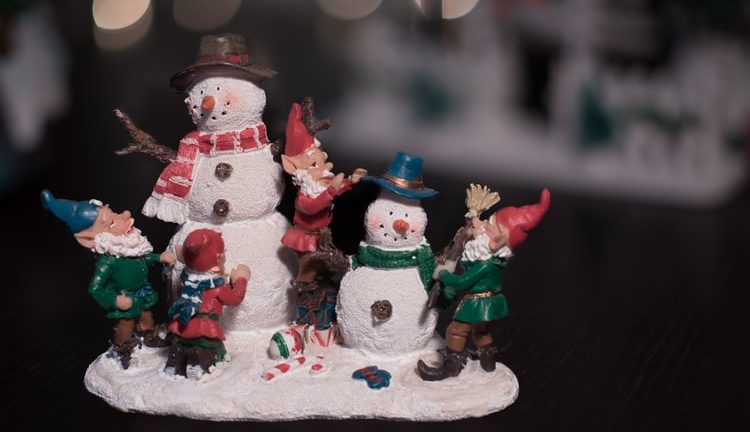 Year after year, Santa Claus’ elves work hard in the workshop at the North Pole. Each and every one of them has their respective job for the realization of their goal to bring happiness on Christmas Eve. And there’s a lot that goes on at the North Pole—more than just creating gifts to be given on Christmas Eve. The elves help with caring for the reindeer, the naughty and nice list, and etc. In fact, the whole preparation for Christmas Eve takes a whole year!

There are billions of elves helping Santa Claus in the preparation for the special day. But Santa Claus’ workforce wasn’t always that big. When Santa Claus was still starting out in his gift-giving exploit, there were only six elves that helped him prepare everything.

Now, without further ado, we introduce to you, Santa Claus’ first elves.

Did it ever come to you how Santa Claus’ secret village and magic workshop came to be? Well, it was co-founded by Santa Claus with the oldest and most trusted friend of his, Shinny Upatree.

As the oldest resident in their village, which he co-founded with Santa Claus, Shinny Upatree is the leader of all the elves. At his old age though, he’d tend to be cranky. Nevertheless, despite being an irritable old elf, deep down, he is good-hearted. Perhaps, if it wasn’t for this elf, the yearly magical merry-making would’ve never existed.

The unwavering service of Pepper Minstix with his commitment to uphold a righteous guardianship earned him the position of Head of Elf Security.

We all know that Santa Claus keeps a list of the naughty and the nice. But did you ever wonder how Santa Claus manages to be updated on every kid’s behavior?—with the help of the Administrator of the Naughty or Nice List, of course, Alabaster Snowball.

This good-hearted elf is also the most intelligent in the bunch. With his vast knowledge about computers, he has developed a computer system for checking on kids’ behaviors. The reliable system he programmed regularly updates them at the North Pole with information on whether kids are being naughty or nice. Thus, gift production and deliveries can be adjusted even until the very last minute. So if kids want to receive a gift for Christmas, they ought to be always in their best behavior!

The crafty Bushy Evergreen is the Head Toy Maker at Santa Claus’ workshop. With a knack for woodworking developed at an early age, he has since then carved millions of wooden trains; cars; dinosaurs; and other toys. As a forest creature hailing from a forest way up north, it really is in his nature to have such interest and skill in crafting with wood. Nevertheless, Bushy Evergreen’s most significant feat was his invention of the magic toy-making machine. And to keep up with the endless demand of kids for new toys, he continuously develops his toy-making machine.

The tall and strong Wunorse Openslae who dons his long blonde hair in thick braids is one of the few old Nordic elves, as it can be seen in his appearance similar to his Viking ancestors.

Despite his tough appearance, Wunorse Openslae is actually very nurturing. He is in charge of taking care of Santa Claus’ reindeers. Apart from that, he is also an innovative craftsman. It is, in fact, him, who designed Santa Claus’ sleigh. The responsibility of the maintenance of the sleigh is also designated to him. He would even make some improvisations on it, apart from making sure it’s in good condition for the travel on Christmas Eve.

The lovely Sugarplum Mary, as her name implies, is as sweet as the sweet treats she concocts. She loves to bake and it is what she does best. Everyone at the North Pole is a fan of her sweet treats. She is, after all, the Head of Sweet Treats.

As the Head of Sweet Treats, Sugarplum Mary assists Mrs. Claus in the kitchen as her top assistant. Along with Mrs. Claus, she’d be baking cookies; chocolates; candies; and other sweet treats for everyone at the North Pole and for giving away on Christmas Eve.

For hundreds of years, Santa Claus’ first elves have stayed in loyal service to bring forth a merry Christmas each and every year. All six elves have been there since the very beginning until present. With their loyalty along with more and more elves adding to their workforce under their guidance and supervision, their yearly tradition of spreading Christmas cheer will surely go on for hundreds and hundreds of years more.