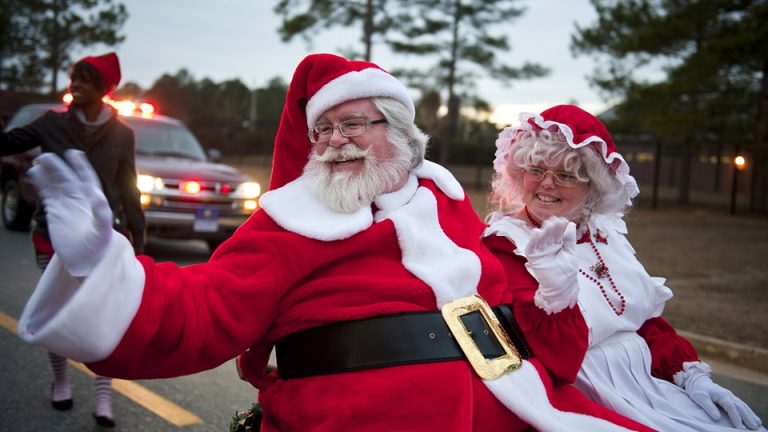 On the merriest season that is Christmas, Santa Claus would usually be in the spotlight as an emblem of merriment. And on the most anticipated day of the season, December 25, the jolly old man hops in his sleigh filled with gifts, and off he goes to make the dreams of well-behaved kids all over the world come true. His better half, on the other hand, would be left behind at the North Pole with the elves. Although she, too, has a part in Christmas lore, Mrs. Claus doesn’t really get much exposure, nor recognition. Nevertheless, there are also some interesting facts about Mrs. Claus, not to mention a lot of questions that arise out of curiosity on her existence. So for a change, let’s put her on the spotlight this time.

WHO IS MRS. CLAUS?

Mrs. Claus is well known as Santa Claus’ wife. But there’s more to her than just a companion to Santa Claus.

First, let us find out her name. For a person constantly in the shadow of her husband, she is usually just referred to as Mrs. Claus. Till now, her real name remains a mystery. However, there are some names that she is rumored to have. Based on North American sources, her name may be Jessica. Because according to those North American sources, originally, Santa Claus’ name was Kris Kringle, prior to changing his name to Santa Claus. And Kris Kringle was a toymaker who married a schoolteacher, named, Jessica. Other names said to be Mrs. Claus’ name are Mary Christmas, Gertrude, and Carol.

It may not be clear what Mrs. Claus name really is; one thing for sure is that she is a sweet, cheerful old lady, who also wants to spread some Christmas cheer just as much as Santa Claus.

With just the same enthusiasm for Christmas as Santa Claus, Mrs. Claus, as the counterpart of the iconic gift-bringer, shares the same attributes as him.

She also has white hair, a plump figure, and is also fond of wearing red clothing with fur, usually in a clothing ensemble that would consist of a dress and a hat.

Apart from the physical appearance, Mrs. Claus, too, is an advocate of the gift-giving tradition. Even if Santa Claus doesn’t really let her join in distributing gifts all over the world, she, too, put in a lot of effort to make sure everything runs smoothly in preparation for Christmas. She may only work behind the scenes, nevertheless, her job is also important.

WHAT IS HER ROLE IN CHRISTMAS LORE?

Mrs. Claus’ role in Christmas is typically a motherly role, aside from her marital role to Santa Claus. Despite not having any children at all, she is as nurturing and dutiful as any mom would be. She takes in a lot of responsibility not just in the operations in maintaining their Christmas traditions, but also in the well-being of Santa Claus; the elves; and the reindeer. She even treats the elves as though they were her own children. She also makes sure the reindeer are well taken care of.

Their preparation for the big day on December 25 is a year-long preparation. As much as Mrs. Claus is concerned about the operations, Mrs. Claus is also very much concerned about the physical; mental; and emotional state of everyone. She believes that to have an efficient workforce, everyone must be in good condition. So Mrs. Claus often bakes lots of cookies for them and gives them candies, as well as words of encouragement to keep everyone’s spirits up. She also gives importance to everybody’s health. So Mrs. Claus also prepares healthy meals for them and takes care of those who get sick, especially the main man Santa Claus, as he can’t get sick anytime near Christmas Eve.

As a supportive wife, Mrs. Claus always lends a hand to Santa Claus. She helps him go through the large pile of letters he receives every year. She assists in making the naughty and nice list and double checks it to assure that every behaved child is to be given a gift and that it doesn’t have any errors. And when it comes to the preparation of gifts, she is very hands-on.

But overall, Christmas or not, Mrs. Claus is an endearing cheery person all year round.

WHAT DOES SHE DO ON CHRISTMAS EVE?

As the great woman behind the iconic man that is Santa Claus, she sees to it everything is all set for Christmas Eve before he goes and bids him goodbye, wishing him a safe trip and a successful gift-giving.

After all the tasks in preparation for the gift-giving tradition have been accomplished, and all that’s left is for Santa Claus to go out and about to bring happiness to every household, Mrs. Claus finally gets some time for relaxation. She gets to have a good uninterrupted read, as she grabs a book; sits back; and puts her feet up by the fireplace. She enjoys reading her book with a cup of hot cocoa and some chocolate, while she waits for Santa Claus.

During Santa Claus’ trip, Mrs. Claus likes that they would both keep in touch with each other, so she knows where he is and that he is fine. And when Santa Claus finally arrives home, they celebrate Christmas Day together. It’s actually very sweet of them as husband and wife.

On the other hand, Mrs. Claus also had some funny moments on Christmas Eve. There were some tales on Mrs. Claus taking over the gift-giving, either sneakily while Santa Claus was asleep or when he was indisposed. She took advantage of the situations and impersonated Santa Claus by dressing in his clothes and stuffing his shirt with pillows. But she often messed up by interchanging the gifts. Such incidents were portrayed in several pieces.

There’s the 1914 one-act comedic play, entitled, Mrs. Santa Claus, Militant. The play showed a fed up Mrs. Claus for not receiving any recognition for her hard work. She rants: “Here I sit year after year in Iceland dressing dolls and making candy bags and aprons and slippers and caps and what-not, and when they are all done, Mr. Santa Claus just packs them in his sleigh and hitches his deer and away he goes to have all the fun and all the thanks. (Laughs merrily.)” When Santa Claus found out that she took off with the gifts, he chased after her and resolved to take her with him in the future gift-giving endeavors.

The 1923 book, entitled, The Great Adventure of Mrs. Santa Claus and the 1963 poem, “How Mrs. Santa Claus Saved Christmas” also have the same storyline and portrayed Mrs. Claus accidentally delivering ribbons to tomboys and toy dump trucks to doll-loving girls.

In the 1970 stop motion film, entitled, Santa Claus Is Comin’ to Town, it showed how Santa Claus and Mrs. Claus met in the gloomy city of Sombertown. Amidst its humdrum atmosphere, Santa Claus, still, was able to bring happiness into the city, while he also managed to win Mrs. Claus’ heart. He sure did find a way to her heart. And in what better way could he have made her fall for him than what he does best, giving a gift. In his encounter with Mrs. Claus, back when she was a lovely schoolteacher and was then known as Jessica, Santa Claus, who was then known as Kris Kringle, a toymaker, gave Jessica the doll of her dreams ever since she was a child. Through that simple heartening gesture, Jessica softened towards Kris Kringle.

The film showed Kris Kringle’s selfless deed of gift-giving, despite the evil intention of banning all toys in the city by the ruler of Sombertown, Burgermeister Meisterburger.  Those found with toys were to be imprisoned, houses were searched, and it was even ordered that all doors and windows are to be locked to make sure Sombertown was toy-free. But the kids wanted toys. So then, Kris Kringle entered houses through the chimneys. There by the chimneys were the kids’ stockings hung to dry. And in the stockings, he hid the toys.

Kris Kringle, then, married Jessica and they moved to the North Pole. All Burgermeister Meisterburger’s laws were soon abolished when he eventually died off and fell off power. Kris Kringle was later canonized as a saint. Upon canonization, he bore the name, Santa Claus, thus, making Jessica, Mrs. Claus.

In another film, The Santa Claus 2, it was also portrayed how Santa Claus pursued a lady—though not named Jessica, but rather, Carol—also by giving her a long-lost childhood-favorite doll of her own.

WHAT ACTIVITIES IS SHE FOND OF DOING?

It’s a given that Mrs. Claus enjoys preparing gifts to be given to kids on Christmas Eve, aside from that, she also has other hobbies. Baking is another one of her obvious hobbies, and she likes to bake with the elves. They bake all sorts of cookies, such as chocolate chip cookies; peanut butter cookies; sugar cookies; and other types of Christmas cookies. As a healthier variety, she is fond of cooking nutritious food. For someone who bakes and cooks a lot, she, too, loves to eat, which is actually quite evident in her physique. She is also a bookworm. She would usually indulge in a book whenever she has time to spare.

As the saying goes, “Behind every great man is a great woman.” This is, indeed, true with Santa Claus and Mrs. Claus. For over centuries, this magical couple does an excellent job in keeping up the spirit of Christmas, at the same time, have kept their relationship strong.

If you think of it, with the Christmas lore of Santa Claus and Mrs. Claus going on for several years, they’re both very old. It’s their ever so jolly attitude, love for spreading happiness all over the world, and the magic of Christmas that keep them alive. It’s amazing how despite their old age, they strive to lively carry on their Christmas traditions. They make a great team. Though Mrs. Claus may just be the less popular counterpart of Santa Claus, you gotta give the lighthearted but strong old lady some credit. So kudos also to Mrs. Claus for all her efforts. And perhaps, we may send letters not only to Santa Claus, but also to Mrs. Claus to show appreciation and give recognition to her.