A New Tradition in the Preparation of Christmas Day: Elf on the Shelf 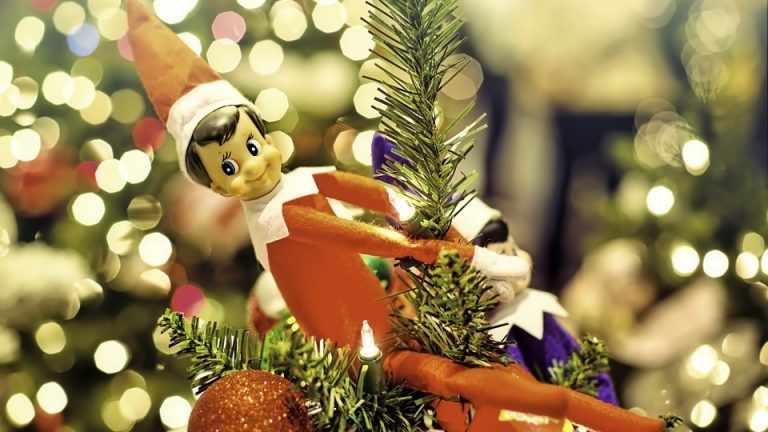 Around 2005, an elf tradition came about in America, Elf on the Shelf. Upon the emergence of this tradition, Scout Elf dolls made their way into households in addition to the other decorations being put up for Christmas. This relatively new tradition shines the spotlight on the elves during the Christmas season for a change, as it is usually Santa Claus who gets all the attention during the holiday.

The tradition has become popular especially to kids and even to adults, as the Scout Elves have even invaded social media, such as Pinterest; Instagram; Facebook; and etc. with interesting pictures. But what made this tradition so popular, and what is with these Scout Elves? Get to know all about the elf tradition as we delve further into it in this article.

THE STORY THAT STARTED IT ALL

The tradition is based on a story written by Carol Aebersold and her daughter Chanda Bell, entitled, The Elf on the Shelf: A Christmas Tradition. It was written in rhyme and told the story of the Scout Elves. The Scout Elves are magical creatures that gain their magical powers once named and loved by a kid/s. It is by then they get to have the ability to fly to and from the North Pole to carry out their main purpose, which is to report to Santa Claus who is being naughty and nice.

The Scout Elves visit homes starting from Thanksgiving until Christmas Eve to observe kids’ behaviors. During the period of observation, a Scout Elf would hide from the family as though like a game of hide and seek. By the time everyone goes to sleep, the Scout Elf would fly back to the North Pole to inform Santa Claus about all the activities that have taken place at the household, whether good or bad. And every morning, before everyone in the family wakes up, the Scout Elf flies back to the house and hides in a new spot to carry out his duty and delights the kid/s upon being found.

However, as it was said in the story, there is one important rule to be followed, which is to not touch the Scout Elf. The reason for that is because Christmas magic is very fragile, and if the Scout Elf was touched, the magic may get lost from it. Thus, the Scout Elf could no longer fly back to the North Pole. The rule, as stated in the story was: “There’s only one rule that you have to follow, so I will come back and be here tomorrow: Please do not touch me. My magic might go, and Santa won’t hear all I’ve seen or I know.” Nevertheless, the Scout Elf can be spoken to and be told of Christmas wishes, so it can precisely relay everything to Santa Claus. Also, it was said that the Scout Elf cannot speak or move while anyone in the house is awake, as its job is to watch and listen.

By Christmas Day, the Scout Elf leaves the house, off to the North Pole to stay with Santa Claus until the time comes for it to return for the next Christmas season.

WHAT IF THE SCOUT ELF IS ACCIDENTALLY TOUCHED?

If ever the unfortunate event of accidentally touching the Scout Elf occurred, there may be the ill-fated consequence for the Scout Elf to lose its magic. But there’s no need to panic, as there’s still hope for renewing your Scout Elf’s magic. And there are three ways to do so.

The story is published in a hardbound book with illustrations. The book comes in a keepsake box, and along with it is also a small Scout Elf doll to be adopted and named. The doll has a felt body and a plastic head with a cheery face glancing sideways. The Scout Elf dolls which come with the books could either be a boy or a girl with light or dark skin and blue or brown eyes that can be chosen from. At the back of the book, the adoptive family of the Scout Elf can write the name of their adopted Scout Elf and the date they have adopted it.

Moreover, additional items of clothing can be purchased for it from the Claus Couture Collection.

WHAT TO NAME THE SCOUT ELF

In naming the Scout Elf, the adoptive family must decide among each other what would be the best name that they could all agree with and that they are happy with since the Elf on the Shelf is an annual tradition. It is up to them what they wish to call the Scout Elf.

With the spirit of Christmas all over the atmosphere, an adoptive family can derive inspiration from it to name their Scout Elf. And a festive name would very much be suitable for the magical creature of Christmas, of course. Perhaps, they can name it Snowflake; Snowball; Kris Kringle; Claus; Nick; Merry; Joy; Jolly; Poinsettia; Mistletoe; Holly; Jingle Bells; Ginger; Candy; Snickers; Reese; Carol; Rudolph; Prancer… The list of options can go on. There’s so much Christmasy feels in the air, there’s no doubt an adoptive family can easily choose the perfect Christmas-themed name for their Scout Elf.

A funny name would also be a great option for a Scout Elf. The adoptive family can try having a silly naming contest to have some great laughs, as well as a great name that could bring laughter to everyone. The craziest idea in the contest would be the winner.

Or adoptive families can simply choose from the top 20 Scout Elf names beloved by families everywhere according to the Elf on the Shelf blog:

As the Scout Elves return every morning to the houses of their respective families from their evening duty of traveling to the North Pole to report to Santa Claus, they’d be found in a new spot and would even be caught in hilarious situations. Such situations would bring delight to the kids when they find the Scout Elves and also to social media, as adults tend to take snaps of those moments and post them either on Pinterest; Instagram; Facebook; and etc.

Elf on the Shelf is a fun and creative tradition for families to undertake in preparation for Christmas Day as it approaches. Kids get amused by where and how they find the Scout Elves every morning, while the adults as well, are amused by the reactions of the little ones. At the same time, the tradition promotes good behavior among kids.

Nevertheless, for Christians, the best way to prepare for Christmas Day would be the Christian tradition of Advent, which is a time of reflection and prayer in anticipation of the coming of the Lord Jesus Christ, for the true essence of Christmas is, in fact, the birth of Jesus. It is the main reason for the anticipation and celebration of Christmas Day before all the other Christmas lores, such as Santa Claus; Mrs. Claus; Christmas Trees; reindeer; elves; and whatnot came into the picture.

We are not saying that people must do away with the Elf on the Shelf tradition. People can have some fun with their families as they wish. But what is important is that as Christians, we must commemorate the birth of Jesus. Aside from the Scout Elf we may have in our household, we may also place the advent wreath or the Nativity Scene in our house. And although life may tend to be hectic, we may at least allot some time for attending mass during the Advent season and most especially on Christmas Eve and Christmas Day. Most of all, during the Advent season, for us Christians, it’s the time for repentance from sins and changing for the better to be closer to God.